Dr. Rustem Orazaly
Clarinet
Piano
​GMP USA
Dr. Rustem Orazaly is a world class clarinetist, pianist, pedagogue, scholar, and a creative professional musician of the highest caliber, whose artistic level was recognized not only by one of the most prestigious International “Shabyt” Competition-Festival in Kazakhstan. Mr. Orazaly was also awarded a prestigious National Republican Guard “Jubilee” medal, and “60th Anniversary of Victory” medal being a member of the National Republican Guard Band. As an educator, he accepted the position of an adviser to the first chairman of the National Public Association “Dinamo”, and in 2016, Mr. Orazaly was elected vice-chair of the Public Council of the Almaty city for youth politics, culture and sport. Mr. Orazaly has sustained national acclaim and his achievements have been recognized nationally in the field of classical music.

Before emigrating to the United States, Rustem Orazaly was a leading clarinet performer and sought-after pedagogue in Kazakhstan. Mr. Orazaly’s pedagogical achievements are remarkable. Since 2002, Mr. Orazaly has been teaching at the Kazakh National Academy of Music (currently Kazakh National University of Arts); and many of his students have won some of the most prestigious national and international competitions including “Astana-Merei”, “Fiestalonia Kazakhstan,” and “Daryn.” His contribution to clarinet pedagogy in Kazakhstan is indispensable. Mr. Orazaly’s book “The Reader of the Pedagogical Repertoire: Pieces of Kazakh Composers for Clarinet” has been an integral part of every clarinet teacher’s library in Kazakhstan. Undoubtedly, his unique work will be of a high interest for clarinet performers in the United States and will enrich their repertoire with new interesting works by Kazakh composers.

Since relocating to the United States, he has successfully launched music festivals and competitions to give opportunities not only to performing artists as himself but also to young musicians. The performances took place in New York, South Korea, Kazakhstan, Germany and other locations in such venues as Carnegie Hall, City University of New York, United Nations, Seoul International Music Camp Festival to name a few. 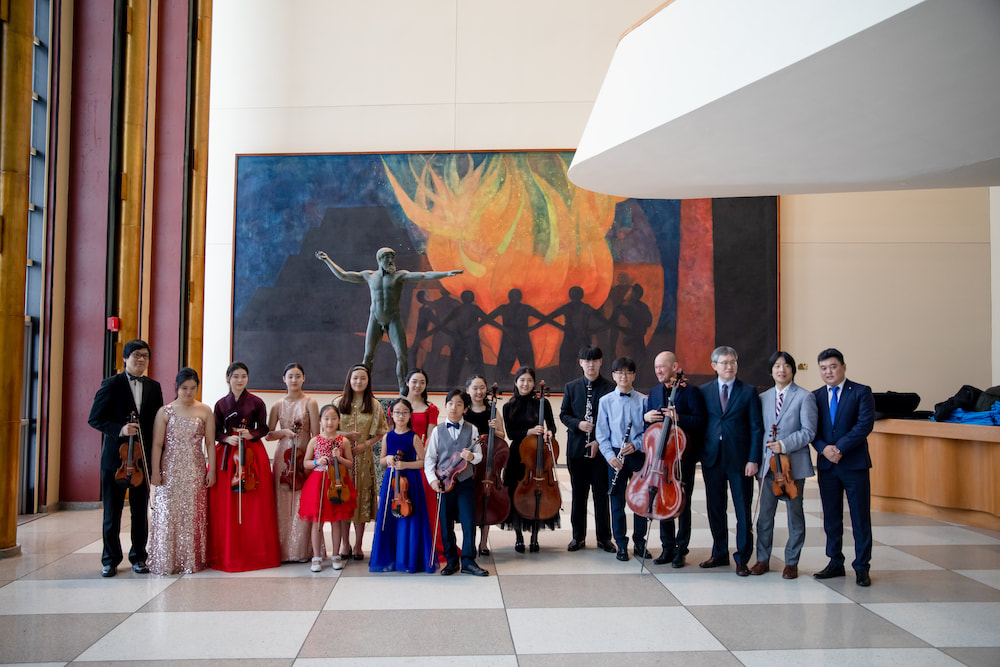 During the GMP International Festival at Carnegie Hall
At the Young Talents World Festival of Performing Arts in Ewing, NJ with Mayor Bert H. Steinmann and colleagues.
At the Seoul International Music Festival with faculty. 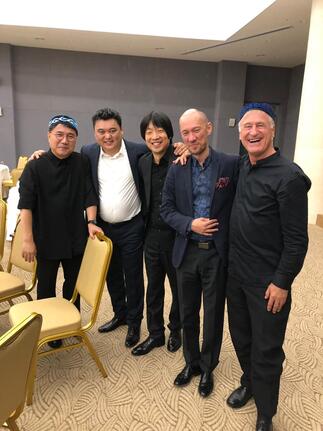